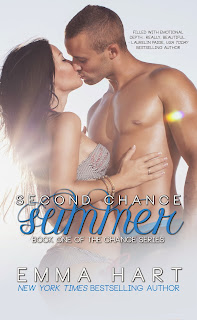 Synopsis:
From the New York Times and USA Today bestselling author of The Love Game and Playing for Keeps is a story of hope and the beauty of getting a second chance at the kind of love that comes once in a lifetime…

“You don’t get a love like ours and get to leave it behind.”

Kia James was never meant to return to her hometown of Harlan Grove, Alabama…But she has.
And Reese Pembleton was definitely not supposed to still be in love with her the way she is him… But he is.

Last summer was the summer to end all summers. It was the summer they both fell in too deep to get out, and try as she might, Kia can’t deny that whatever was there between them a year ago is still there. If she’s honest with herself, there’s so much more there than there ever was, but the way her dad walked out six years ago has shattered her belief of that fairytale love every girl craves.

Reese isn’t giving up so easily. His biggest mistake was not chasing after Kia the way he wanted to when she upped and left him without a word. Despite what she says, he knows her better than anyone, and he knows she still wants him the way he wants her. And this time, nothing will stop him from getting – and keeping – his girl.

But nothing is that easy. When Kia’s dad arrives back in town, family secrets come tumbling out she never realized existed. Everything her mom has ever told her about the reason he left is a lie – but how can she trust the man who, by his own admission, didn’t fight for her as hard as he could have?

With her past and present wants and needs colliding, Kia is thrown into the turmoil of the biggest decisions of her life. And she realizes, sometimes a second chance is all you need.

Review:
It's hard to articulate exactly what this book meant to me. I related to Kia in a lot of ways,but there were ways that I didn't and couldn't relate to her as well. I couldn't relate to her relationship with her mother as I have a very close and loving relationship with my mother. But I related to her when it came to her father and to Reese.

When I was a baby, my father cheated on my mom multiple times and was abusive to her. Thankfully my mom had the strength to get out of the relationship, but I still wondered about my biological dad. Where was he? Why didn't he try harder to be the father I deserved? And why oh why was he being a better father to my half siblings than he was to me?

Kia and I took different paths to figure out what we wanted, but I'd like to think that we still felt a similar sense of peace about the decisions that were made about this man that we barely, and in my case, don't know.

Now Reese reminded me a lot of my on again off again boyfriend.He was sweet, kind, loyal and best of all, he loved Kia. It was obvious to me that he was fully intent on getting Kia and keeping her.Not in a possessive way, thank goodness.He was there for her when she needed him and when she didn't need him, he allowed her to retain her independence, which I loved.

Finally, a female character who knows that she doesn't need a guy to stand on her own two feet. I was SUPER excited about that. Kia is a strong, independent woman who knows that she can stand on her own and she doesn't need Reese constantly.Too many NA books have characters who are in a codependent relationship and that usually ruins a book for me.

"I'm an independent woman and as much as I need Reese, I don't need him to make me okay.He takes away the pain I feel ,but to be okay I need to face up to that pain which means I need to be alone right now more than I need him." -Kia-

This book was amazing. It helped me heal in a lot of ways. It helped me make decisions about my own life. Decisions that I had been wavering on for a very long time. Kia was a wonderful character who I related to big time. I was rooting for her and Reese all the way through because the way they loved each other just jumped off of my Kindle in a magical way. It should come as no surprise that I am giving this book five stars. 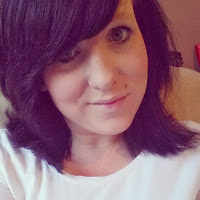 About The Author:
By day, New York Times and USA Today bestselling New Adult author Emma Hart dons a cape and calls herself Super Mum to two beautiful little monsters. By night, she drops the cape, pours a glass of whatever she fancies – usually wine – and writes books.
Emma is working on Top Secret projects she will share with her followers and fans at every available opportunity. Naturally, all Top Secret projects involve a dashingly hot guy who likes to forget to wear a shirt, a sprinkling (or several) of hold-onto-your-panties hot scenes, and a whole lotta love.
She likes to be busy - unless busy involves doing the dishes, but that seems to be when all the ideas come to life.