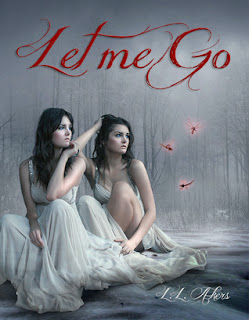 Synopsis:
A scarlet dragonfly tattoo—meant to be a beautiful, family mark of freedom, but instead becomes a prophetic brand for those who wear it, to forever be suffering. Wounded and broken, they find themselves flittering back into the cycle of abuse that relentlessly clings to their family, a reality they can never seem to escape.

One mother and her daughters, bound by blood—torn apart by abuse. They begin their lives intertwined but are forced to fight for their survivals separately, struggling to hide their fear and undeserved shame from each other and the world. One of these women finds herself trapped—alone—and she battles to survive the terrifying darkness. With long hours of nothing to do but wait in fear, she grapples through her obscure dreams and memories of the past, sorting which memory belongs to whom: physically harmed, mentally damaged, raped, sexually abused, an unwanted pregnancy… and even the vivid memory of a dangerous dance with death in a last attempt to escape the shambles and horrors of a seemingly unchangeable situation.

Twin sisters, Gabriella and Olivia, dive blindly—and much too early—into adulthood. They are soon followed by their younger sister, Emma, all running from a not-so-idyllic past; chasing the happiness they believe they will find, by abandoning their childhoods to be “grown-up” and start their own lives.

Deeply evocative, Let Me Go is a coming-of-age story: the struggles of one mother and her daughters trying to survive life—marred by abuse and misplaced blame—and their need to reach peace, forgiveness, and reconciliation.

Review:
Normally this book isn't something that I would read. In fact stories of abuse have been one of my bookish no-no's from the very beginning. However I got the invitation to be part of this blog tour and after a bit of consideration, I decided to participate. Now while this book was a quick read for me, it was in no way, an easy read. This book took me on a roller coaster of emotions.

From a purely academic standpoint I understood the cycle of abuse as I have studied it intently. However, nothing prepared me for what I was about to read. Olivia and Gabby have all these plans not to be like their mother. Yet they don't know how not to be like her. They accept abusive men into their lives because they don't know any better. They'd rather be in these abusive situations than deal with the emotional problems that would come of realizing that this is wrong.

Olivia has an abusive husband who is much like her father. Her family begs and pleads for her to escape. Yet when she does, her abuser finds her and lures her back into his clutches.This is the perfect example of the true cycle of violence. The Honeymoon stage, the buildup and then the violence.It goes around and around again and no one is sure if Olivia will be strong enough to end it once and for all.

Gabby had to take care of her younger sister Emma while her mother reinvented herself.During that time she got pregnant unexpectedly she also met a truly wonderful man who took her in when she had no place in the world to go. It wasn't until she had gotten a better job than the one she had before that she ran into problems. The problem was her superior who forced himself on her multiple times. Fearing that her husband would blame this on her, Gabby kicks the husband out and shortly afterward attempts suicide.

Emma was a bubbly child until her mother's boyfriend Mark began touching her.No one ever knows the full story until much later.However the signs are all there and the part that really makes my blood boil is when Gabby finds out and tells their mother, their mother takes Mark's side. Although as it's later discovered, she never truly believed Mark's story.

This story is an emotional one despite the predictability of some of it.I loved all three sisters equally. They all were strong women who dealt with their upbringing in very different ways. Olivia used Billy to get out of it,Gabby used Jake and his wonderful family and Emma used alcohol.

This book had all of those feels that are so important in a book. I really had only one issue with this one. Their mom. I thought she was a selfish woman who I never really liked. That was a pretty big issue. I didn't like how she talked to her kids or how she failed to protect them. Especially Emma. What Emma went through at the hands of her mother's boyfriend was sickening. So this book will be getting 4 stars.I just couldn't connect with their mom.The rest of this book was perfect though.

L.L. Akers is originally from the Midwest where she grew up climbing trees, haystacks, and haylofts—escaping into other worlds with a good book. She enjoyed playing cow-pattie hopscotch and outrun-the-bull with her siblings.

She now lives in the South, the silly wife of a serious man, and mother of: one very gifted and fetching male-tween, a chubby beagle that looks astonishingly like a mini-cow, a deranged terrier as well as five Koi fish, a herd of tiny but boastful lizards, and dozens of obnoxiously loud serenading frogs.

After a career in human resources, she now pursues life as a recluse writer; hanging out at home in her PJ’s with her iPad, Burt’s Bees lip balm and her posse of creatures. Regardless of her self-isolation, she can still be lured outside for brief moments by the scent of freshly mowed grass and a bowl full of cherries.

Let Me Go is her first novel, and book 1 of the Let Me Go Series – each book is a stand-alone, with no cliffhangers.