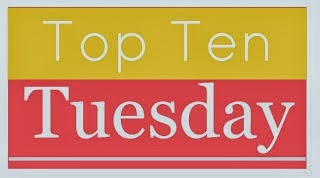 This was an interesting year for me. I started this blog in April and since then, I've found some simply amazing books of all different genres. Books that I probably wouldn't have found if I wasn't blogging.

It should shock no one that I am putting The Program by Suzanne Young on here. Every single time I've been asked for my favorite book of the year, The Program has been my immediate answer. The feels are all there and the character development is amazing. Go read it right now if you haven't already.

Splintered by A.G. Howard quickly became a new favorite of mine. I had never read retellings before but it looked amazing. So when I got it as a Christmas present, I dove right in. And I loved it. It was absolute perfection.

My Life After Now by Jessica Verdi was a surprise to me. I had no idea how much I would like and yes even love this one.This one was an unexpected and happy surprise.

OCD Love Story by Corey Ann Haydu had the power to be amazing or be terrible and it was amazing. It was awesome to see the characterization of OCD done right and not understated or overstated.

If You Find Me was an amazing debut and it had me pondering my own life and being thankful for the people in it. It also had me pondering the idea of sending Emily Murdoch my therapy bill.It broke me in the best possible way.

Oh how I love books about cults. Gated by Amy Christine Parker was awesome and I loved it big time.It brought out the feels in me a lot towards the end. Yet I totally understand that it's not a book for everyone.

Pushing The Limits by Katie McGarry actually came out in 2012, but since this is a list of books I've read in 2013, I figured it's okay to put Pushing the Limits on this list. Um, this book was amazing, beautiful and full of feels. Go read this one if you haven't already.

The Sea Of Tranquility also came out in 2012, but I just recently read it so it made it's way onto the list.Amazing book, yet another one that broke me into teeny tiny pieces by the time it was the end of the book. I teased the lovely Katja Millay that I was going to send her my therapy bill. I am stunned that it took me this long to read this book.

Uninvited by Sophie Jordan doesn't come out until the beginning of 2014, but I did read it this year so it also gets to be on this list.It was awesome and different and heartbreaking. Go pre-order this book right now.

Pivot Point by Kasie West was awesome and beautiful and amazing. After only reading one of Kasie West's books, she has cemented herself on my list of auto-buy authors.Pivot Point was beautifully written and it had one of the best friendships I've ever seen in Addie & Laila.Go read this book right now and get ready for Split Second.

All of these authors were actually new to me. That's been another perk of book blogging. I've been introduced to hordes of new authors.Looking at my list, over half of them were contemporaries.Of the other 4, one was fantasy,one was paranormal,one was science fiction and one was dystopian.

So let me know if you've read any of these and if you did a Top Ten list this week, link me to that as well. See you guys next year!

Happy New Year!
Posted by Alexia Boesen at 9:20 AM