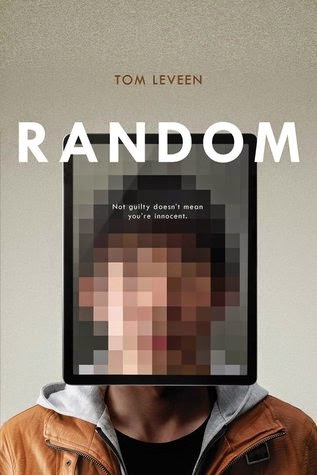 Synopsis from Goodreads:
Who's the real victim here? This tense and gripping exploration of cyberbullying and teen suicide is perfect for fans of Before I Fall andThirteen Reasons Why.Late at night Tori receives a random phone call. It's a wrong number. But the caller seems to want to talk, so she stays on the line.He asks for a single thing—one reason not to kill himself.The request plunges her into confusion. Because if this random caller actually does what he plans, he'll be the second person connected to Tori to take his own life. And the first just might land her in jail. After her Facebook page became Exhibit A in a tragic national news story about cyberbullying, Tori can't help but suspect the caller is a fraud. But what if he’s not? Her words alone may hold the power of life or death.With the clock ticking, Tori has little time to save a stranger—and maybe redeem herself—leading to a startling conclusion that changes everything…

Disclaimer: I received this book from Simon Pulse via Edelweiss in exchange for my honest opinion.

Review:
This book had so much potential to force the reader to take a good, hard look at how they treat others and how their actions can have devastating consequences. I was excited about this one and I wanted to love it so badly, but it just didn't work for me.

This book was very short, but it was also very fast paced, something that I would have liked a lot if the book itself had been compelling, which it was not. I found that I was forcing myself to read this book, in the hope that it would somehow start getting better and better as the book continued.

But I was utterly bored through the majority of it. There seemed to be a disproportionate amount of dialogue to the rest of the book. I wanted less dialogue. I mean, I know lots of dialogue would be necessary for this book, but I wanted more scene setting and descriptive language.

None of the characters really intrigued me either. Tori was a bitch who clearly didn't understand that, yes, she was partially to blame for the death of someone she knew. Andy & Noah were both boring as hell. The character development was pretty much non-existent. I know it can be hard to develop the characters fully in such a short book, but the author didn't even try to develop them at all. They were all very one-dimensional, which bummed me out big time.

I thought for the longest time that Andy was screwing with her and that he wasn't actually serious about his plans to commit suicide. Which of course, enraged me even more. Committing suicide is not something to joke about. Just the idea of that makes me so mad all over again. It's serious stuff not to be taken lightly. I wish more people would realize that. It's not a joke, it's not funny. I didn't think I would have such a strong negative reaction to this book, but I did.

The revelation at the end also pissed me off. I could not believe that the author took the story this way. It felt like the entire book was a complete waste of time and it made me wonder why the heck I had forced myself to read this book if it was going to end this way.

This book was a colossal waste of my time and I am so upset because it really had the power to be something fantastic, but it was horribly executed. I'll be giving this book 1.5 stars.
Posted by Alexia Boesen at 8:00 AM