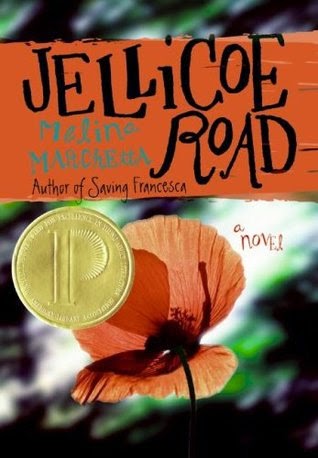 
Synopsis from Goodreads:
I'm dreaming of the boy in the tree. I tell him stories. About the Jellicoe School and the Townies and the Cadets from a school in Sydney. I tell him about the war between us for territory. And I tell him about Hannah, who lives in the unfinished house by the river. Hannah, who is too young to be hiding away from the world. Hannah, who found me on the Jellicoe Road six years ago.Taylor is leader of the boarders at the Jellicoe School. She has to keep the upper hand in the territory wars and deal with Jonah Griggs - the enigmatic leader of the cadets, and someone she thought she would never see again.And now Hannah, the person Taylor had come to rely on, has disappeared. Taylor's only clue is a manuscript about five kids who lived in Jellicoe eighteen years ago. She needs to find out more, but this means confronting her own story, making sense of her strange, recurring dream, and finding her mother - who abandoned her on the Jellicoe Road.The moving, joyous and brilliantly compelling new novel from the best-selling, multi-award-winning author of Looking for Alibrandi and Saving Francesca.

Review:
To be honest, I don't know if I am going to be able to keep this review in any kind of order. This book was indescribable in the best way possible. I had already DNFed it once before, but on the advice of Bekka, a blogger and one of my favorite people, I decided to give it another chance to dazzle me.

And it did dazzle me.

Normally I am not very patient, so the idea that I had to read 125+ pages before I really got into it, initially turned me off. I mean that's a long time to read something before it gets really good. A lot of people don't want to wait that long and I totally understand that. But with Jellicoe Road, it is so worth it.

There were two major storylines that were going on and then there were several other subplots. I was never sure how it would all play out, but I'm thrilled how it actually played out. I was a bit confused by the storylines and the subplots at first, but I finally was able to sort them out in my head. The secondary characters were every bit as fascinating as the main characters. Very rarely does that happen, so I was excited to see this.

JONAH GRIGGS! I think I fell in love with this guy quicker than I've ever fallen in love with any other book boy. He was hilariously funny one minute, and then sweet and kind to Taylor in the next minute. He wasn't perfect of course, but he was pretty damn awesome. I now understand why everyone was always telling me about this guy.

I want to keep talking and talking about this book, but I have to be careful as so much of it could be considered spoilery. Make sure you have buckets of tissues for the ending because you will use them a lot in the final 50 or so pages. I wish I could give it the full 5 stars, but since it took so long to really get into it, I'll be giving it 4.5 stars.  I recommend this book to everyone.
Posted by Alexia Boesen at 8:00 AM