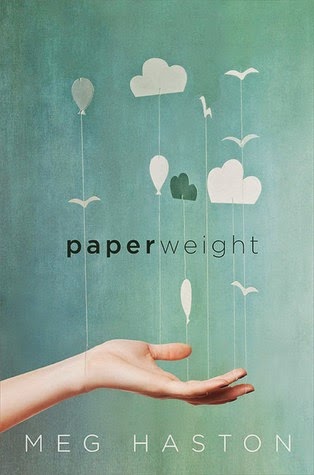 Synopsis from Goodreads:
Seventeen-year-old Stevie is trapped. In her life. In her body. And now in an eating-disorder treatment center on the dusty outskirts of the New Mexico desert.Life in the center is regimented and intrusive, a nightmare come true. Nurses and therapists watch Stevie at mealtime, accompany her to the bathroom, and challenge her to eat the foods she’s worked so hard to avoid.Her dad has signed her up for sixty days of treatment. But what no one knows is that Stevie doesn't plan to stay that long. There are only twenty-seven days until the anniversary of her brother Josh’s death—the death she caused. And if Stevie gets her way, there are only twenty-seven days until she too will end her life.In this emotionally haunting and beautifully written young adult debut, Meg Haston delves into the devastating impact of trauma and loss, while posing the question: Why are some consumed by their illness while others embark on a path toward recovery?

Disclaimer #1: I received this e-ARC from HarperTeen via Edelweiss in exchange for my honest review.

Review:
Every once and awhile, there's a book that changes your life. It had been a very long time since this had happened. I wasn't expecting to love this book as much as I did. It was one of the hardest books I had ever read in my life. It was a book that I know will stay in my mind for a very long time, probably forever.

When we meet Stevie, she is completely against any kind of treatment. It isn't necessary in her opinion. She plans on ending her own life. She believes that she was responsible for her brother, Josh's death. She wants to be with Josh again, and she believes that killing herself can absolve her of guilt.

She developed the eating disorder prior to her brother's death and after her mother walked out on her, Josh and their dad. Yet, it was when Eden came into her life, that things shifted once again. Stevie found Eden intoxicating. Josh also was captivated by her. Stevie feels jealous that Josh and Eden were involved. Stevie develops feelings for Eden, which complicates things between her and Josh.

When first started at the treatment center, she was very against just being there. She looks at the girls who've made progress and ridicules them for not having willpower. This was the thing that irked me. I mean I understand why she would think that given where she was in her recovery, but I really didn't like her in the beginning.

It wasn't until I was halfway through the book, that Stevie really started to grow on me. I liked how she was warming up to Ashlee, Cate and Tegen by the ending. I loved her story arc. It was inspiring and emotional. I wasn't sure if I would ever end up liking her, but I did end up loving her.

Watching Stevie become more aware of how toxic Eden was, was totally awesome and unexpected. I wasn't sure what to expect, but she came to the realization that Eden never really cared about her and that Eden wan't good for her in any way. Someone who would not inquire as to how someone was doing, was not a friend. Knowing that Eden hadn't even asked how Stevie was doing with Josh's death or even the eating disorder.

I fell in love with this book unexpectedly, but damn this book is so, so important. I cannot wait to own a finished copy of this gorgeous book with great character development. I am giving this book 5 stars and I recommend this book very highly.
Posted by Alexia Boesen at 8:00 AM