Welcome to the Sunday Street Team! This awesome idea was one that Nori of Readwritelove28 came up with and I jumped at the chance to be a part of it.

Today, I have Rachael Allen's sophomore release, The Revenge Playbook. I reviewed this book last month, but in case you missed it, keep scrolling and you can read it below. 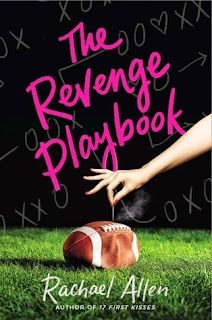 In this poignant and hilarious novel, Rachael Allen brilliantly explores the nuances of high school hierarchies, the traumas sustained on the path to finding true love, and the joy of discovering a friend where you least expect.

Don’t get mad, get even!

In the small town of Ranburne, high school football rules and the players are treated like kings. How they treat the girls they go to school with? That’s a completely different story. Liv, Peyton, Melanie Jane, and Ana each have their own reason for wanting to teach the team a lesson—but it’s only when circumstances bring them together that they come up with the plan to steal the one thing the boys hold sacred. All they have to do is beat them at their own game.

Brimming with sharp observations and pitch-perfect teen voices, fans of Jenny Han and Sarah Mlynowski are sure to fall head-over-heels for this sharp tale—by the author of 17 First Kisses—about the unexpected roads that can lead you to finding yourself.

Review:
I loved Allen's first book, 17 First Kisses, and I wasn't sure if this book would live up to it, but it did. In a really big way. Like with 17 First Kisses, I was expecting something light and fluffy, but what I got was a book chock full of girl power, and some hard topics of conversation.

It has always been a big complaint of mine that high school athletes get special treatment. They get a pass on bad behavior, they get extensions on homework assignments, even when the non-athletes have asked for them for a legitimate reason and they don't get them. It's like they get privileges that other students don't get.

Out of the four girls, Ana, Melanie Jane, Liv and Peyton, I think I liked Peyton the most. I related to her in a way that I couldn't relate to to the other three. She had special considerations due to her ADHD and she constantly tried to alert the teachers and the rest of the staff that she needed the boys (the football players) to stop bothering her so she could concentrate.

Did they punish the football players? Of course not.

Did they punish her by making her move so she wouldn't be so distracted? Absolutely.

I don't think I've been this angry over a book in a very long time. I was livid, actually more than livid if there is such a thing. It was the treatment of Peyton that enraged me the most.

Then we move on to Liv who has not had sex with her boyfriend, but she's still called a slut by a lot of the boys.

We have Melanie Jane who has sworn to remain a virgin until her wedding night. She used to be best friends with Ana until something changed between them.

Ana is hiding a secret. A secret that will devastate her family. She's choosing to keep it from them because when she tried to report it to the school & the law enforcement officers, she was told that she needed to keep it to herself or else one of the boys would lose his football scholarship.

When I read that part, I was furious. This is why so many high school girls are terrified to report any incidence of assault. They know that nothing will happen to the football players and other sports participants because they are athletes and are exempt from punishment. Schools need to stop treating these boys like they are a gift to mankind. Treat them as you would any other student, even if that means *gasp* punishing them.

These four girls have some similarities, but also a lot of differences, but the way they come together to fight back against the sexism and the misogyny surrounding the school, and most specifically the football team. They wanted nothing more than to beat the boys at their own game, even embarrassing them.

The presence of a list was also made known to the girls. This list is written by the BMOC (Big Man On Campus) Chad McAllister. It informs the rest of the football team that certain girls aren't worthy of them for various reasons (all of which have to do with either their looks or the fact that they haven't put out)

Basically if you have a girlfriend who is on the list, you need to cut her loose. For the good of the team & its image of course. This was another scene where I had to literally get up and walk away from my Kindle because I was literally shaking with rage.

I loved the friendships that developed in this book. I loved how Melanie Jane wasn't ridiculed for being a virgin. I loved how despite their different home lives, and interests, they still managed to form a friendship. This entire book was awesome, but the ending was amazing, and I cried buckets because of certain things that happen at the end that I don't want to spoil for those of you who haven't read it yet.

Just please read it. I actually feel like this book needs to be in classrooms, especially high school classrooms. It's a must read for all teenagers and even school faculty. I loved this book for the messages it sent and for the powerful friendships that developed. I'll be giving it 5 stars and I cannot wait to get a finished copy of this book.

Rachael Allen lives in Atlanta, GA with her husband, two children, and two sled dogs. In addition to being a YA writer, she's also a mad scientist, a rabid Falcons fan, an expert dare list maker, and a hugger. Rachael is the author of 17 FIRST KISSES. 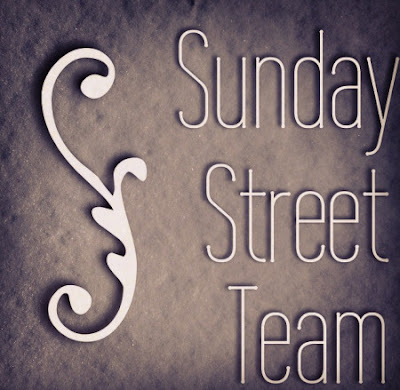