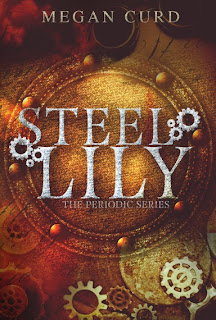 She’s a water Elementalist, the strongest of her dwindling kind. She creates steam to provide energy to fuel Dome Three: the only thing standing between humanity and an earth ravaged by World War III. No steam, no Dome. No Dome, no life.


Or so she thinks.


That is, until a mysterious man offers her a way out of having to donate steam. A way to escape the corrupt government of Dome Three. While the offer seems too good to be true, Avery is intrigued.

But when she arrives to her new home, she realizes the grass isn’t any less dead on this side of the fence. Instead, the lies are just hidden better.


When Avery enlists the help of her friends to uncover the truth, it may make her wonder if she was better off being a government tool than searching for freedom.

Some secrets are better left concealed, but humankind was never meant to live in a cage. And when you can control the most sought after resource, you can learn to control anything…including the fate of your world.

#1:
The Polatzi woman’s broad body blocked the view of my intended hallway. Her hands were on her hips, and her piercing gaze felt as if it might actually impale me.
Do they teach that death stare to every Polatzi, or is this woman particularly nasty?
“Avery Pike?”
I jutted my chin in the air. “Who’s asking?”
“You were off the grid last night.”
“I don’t know what you’re talking about.”
I pushed past her before she could say more and felt the smooth fabric of her cape slap my legs as I passed. Fiery anger consumed me, but I kept my expression neutral. Damn Polatzi. They gave me nothing but unanswered questions and a lice-ridden bed at an overcapacity orphanage, yet expected me to revere them. Providing steam–being an asset they couldn’t get rid of–gave me immunity to the Polatzi as long as I didn’t do anything stupid.
Like skipping class and going to see Alice during a night of sweeps.
Yeah, that would fall under the category of life-threateningly stupid, which was a couple notches above incredibly stupid.


#2:
I’d never seen anyone like him in Dome Four. His jawbone was strong, his cheekbones set high. His nose was regal and straight and when my gaze reached his eyes, my breath caught. Stormy blue-grey eyes that reminded me of shale returned my gaze with seemingly genuine curiosity, if not a bit of humor. Strips of colored fabric were woven into his dreadlocked hair, giving it a wildly unique appearance that suited him. His smug expression made me realize he was enjoying this.
“Are you finished checking me out? If you’re not, that’s okay; I allow every new woman I meet a free five-minute gawking period. After that, it’ll cost you.”
Blood rushed to my face. I tore my eyes from his magnetic gaze and watched as he took a worn leather strap off his wrist. He pulled back his dreadlocks–deep brown streaked with blonde–into the strap. His devilish grin pulled his eyes tight at the corners. He was trouble incarnate. Trouble I may very well want to get into, given the right circumstances.
“You’re at five minutes and thirty seconds now,” he said in a purr as he leaned in toward me. I felt his breath against my cheek, and my heart raced. “I’m going to start taking payment, and I choose how that payment is issued.”
Before I could respond, Alice stirred groggily beside me. She rubbed her eyes as she sat up. “Where are we?”
“Good question,” piped Jaxon. “One that your friend here failed to ask, but it could have been because I rendered her speechless with my good looks.”
Alice moved to get a better look at him, but he emphatically covered his face, as though he were a vampire trying to block the sun. “Don’t look at me!” he cried, then grinned as he winked at me. “I don’t want to make two ladies swoon in such a short period of time. How would I entertain myself tonight?”
“You’re not that handsome,” I argued mulishly.
“There’s drool on your chin. Either you’re physically unable to keep your mouth shut, or I caused you to forget how. Since when I found you, you were drool free, I’m going with the assumption that it was me.” He fished in his pocket and offered me a piece of white silk. “Here, a handkerchief for your trouble.”

#3:
I was moving double time to keep up with his long strides. He seemed so sure of himself, so in control of his destiny, even in this place, where he claimed we were imprisoned. I didn’t have a shred of doubt that what Jaxon wanted, Jaxon got. He owned his life. I so desperately wanted to own mine as well. Could he help me take control of it, or would he cause it to crash around my feet? For some reason, it felt like either option would be exhilarating if he were involved.
Exhilarating and dangerous.
The back of his shirt was soaked. The small “v” of muscles at the base of his spine flexed as he craned his neck to make sure I was still behind him. Why did that give me butterflies?
He turned and smiled. “Are you even listening to me? You’re way past your ogling allotment.”
“I’m not ogling you.”
“Trust me, I’ve experienced enough ogling to know it when I see it. If you’d prefer to ogle in peace, I’ll turn around again. There have been contests where my ass took first place in squeezability.”
“You must have been the only person in the running.”
He grinned mischievously. “And the only one to vote, but a win is still a win, right?”


#4:
Out of nowhere, his breath ran like warm water over the back of my neck. I closed my eyes for a moment, then forced them back open. No. Not Jaxon. Nothing for Jaxon.
“Now it’s Mr. Pierce, eh?” He put one of his large hands at the small of my back to lead me toward Xander’s office. “I think I’m going backwards.”
“You are backwards, Jaxon.”
He laughed and muscled around me, sliding far too much of his toned body against me as he moved past. His chiseled chest pressed against mine as he leaned in, inches from my mouth. I sucked in a breath to avoid his scent. No dice. It still overpowered me. His smile was evident even in the low light, and I bit my lip to keep from sighing. His hand brushed my cheek, and he ran a finger down the side of my neck, sending shivers through me. “If I were backwards, I’d be Noxaj,” he whispered huskily. “What kind of name is that? It’s not sexy at all.”
“I never said you were sexy,” I whispered as his hands roved through my hair at the base of my neck.
“No, no you didn’t…” His lips were on my neck. His hands worked down my back.
I stood there like a wet noodle, incapable of responding.
Do something! Touch him back! my brain screamed, but my body felt detached. Do something, or he’s going to think you’re on the relationship short bus.
He pulled away to search my eyes, but for what, I didn’t know.
I willed myself to give him something. Anything. An awkward grin, accompanied by a cough was all I could muster. Really, Avery? Seriously? I knew later replays of this moment in my mind, no matter how awful, wouldn’t compare to the actual event. 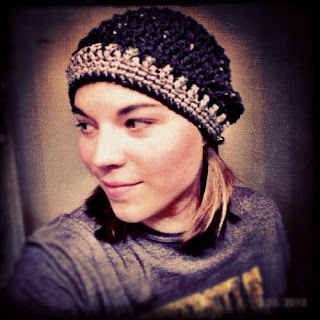 Megan Curd is a graduate of Northwestern College in St. Paul, Minnesota. While having always enjoyed reading any books she could get her hands on, Megan didn’t begin writing until a friend encouraged her to do so while in college.


When not writing, Megan enjoys spending time with her family and friends. She loves to snowboard and travel to new places, and doesn’t turn down the opportunity to play xBox with her brother and friends when it presents itself.