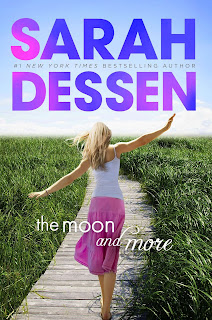 Synopsis:
This summer is a time for transitions for Emaline and her family. While she prepares to head off to college,other members of her family are experiencing changes of their own. Emaline has been with her boyfriend Luke for as long as she can remember.He is perfect in every way but now Emaline is starting to wonder if perfect is really what she needs. Enter Theo the mysterious stranger.

Theo is everything that Luke is not. Theo is ambitious and he goes for what he wants,every day believing that this day or this experience will be the best ever.He thinks that Emaline is much to smart for the small town of Colby.

Emaline's mostly absent father agrees with Theo. He believes that Emaline can do much better than Colby but he is not willing or able to actually help her get there. Emaline can't deny that she is interested in this future that both Theo and her father see for her.She loves her family and her small town and she's reluctant to break out of her comfort zone.

Emaline wants to have it all but how can she balance where she came from,from where she's going?

Disclaimer: I purchased this book from Amazon

Review:
I know most people are going to focus their reviews on the love triangle aspect of the book but not me. I am going to focus this review on Emaline's family,most specifically her relationship with her mostly absent father as I related to that one so much.

"No you're my father.I have a dad and right now Benji needs his. Not a lecture.Not fixing because he is not broken. Just your attention and your patience and your time.Just you."
-Emaline

Benji was a cute kid and I'm not at all convinced that he didn't steal the show so to speak in certain parts of the book.I really didn't like Emaline's father.Especially towards the end.I began to see just how selfish he was and I hurt so badly for Benji. I wish we had gotten to see more of Emaline's stepmother Leah. I have a feeling I would have really liked her.

Now Emaline's nuclear family was great. I loved her grandmother, mom,stepfather and sisters Margo & Amber. They all seemed like a typical family.Close enough to drive each other crazy,but also allowing for autonomy.I can't blame Emaline for not really minding that her father wasn't around much.She had a wonderful & supportive family.

Daisy was so sweet and such an awesome friend. I wish I had a friend just like her. I liked her relationship with Morris. I know it seemed like he was a lazy ass and maybe he was,but he made one hell of an effort for Daisy which made me smile.

Oh Ivy,throughout most of the book I kept saying that she was a very high strung woman and just needed to chill for a bit. But by the end of it,I loved her.Yes she was a hard-ass but once I really got to know the character I didn't mind one iota.She actually grew to be one of my favorite characters in the whole book.

Okay I guess now I have to talk about the two guys. Initially I felt that Luke was too vanilla for Emaline and that Theo was more of a raspberry sorbet type. I liked Theo more for Emaline through a good chunk of it but then I started to realize that he was doing his best to try to change Emaline which drove me bananas. Yes coaxing someone out of their comfort zone could be helpful but he was really pushy.The fact that every day could be the "Best Day Ever" started to really irk me. No day is perfect and there is no such thing as having every day be the best thing ever.

I ended up loving Luke by the end of it. He was sweet and kind and most importantly he cared for Emaline in a way that I don't think Theo ever did.He didn't try to change Emaline and he also didn't push for a reconciliation by the end.

"My point is, I don't want anymore weirdness between us. Which means honestly not having anything between us.At least not now. All right?" -Luke

There were a few points in the book where it seemed to drag and that really is the reason I've giving this book 4 stars.If there hadn't been any dragging parts,then I would be giving this book the full five stars. As it is,I need to go read some more of Sarah Dessen's work.