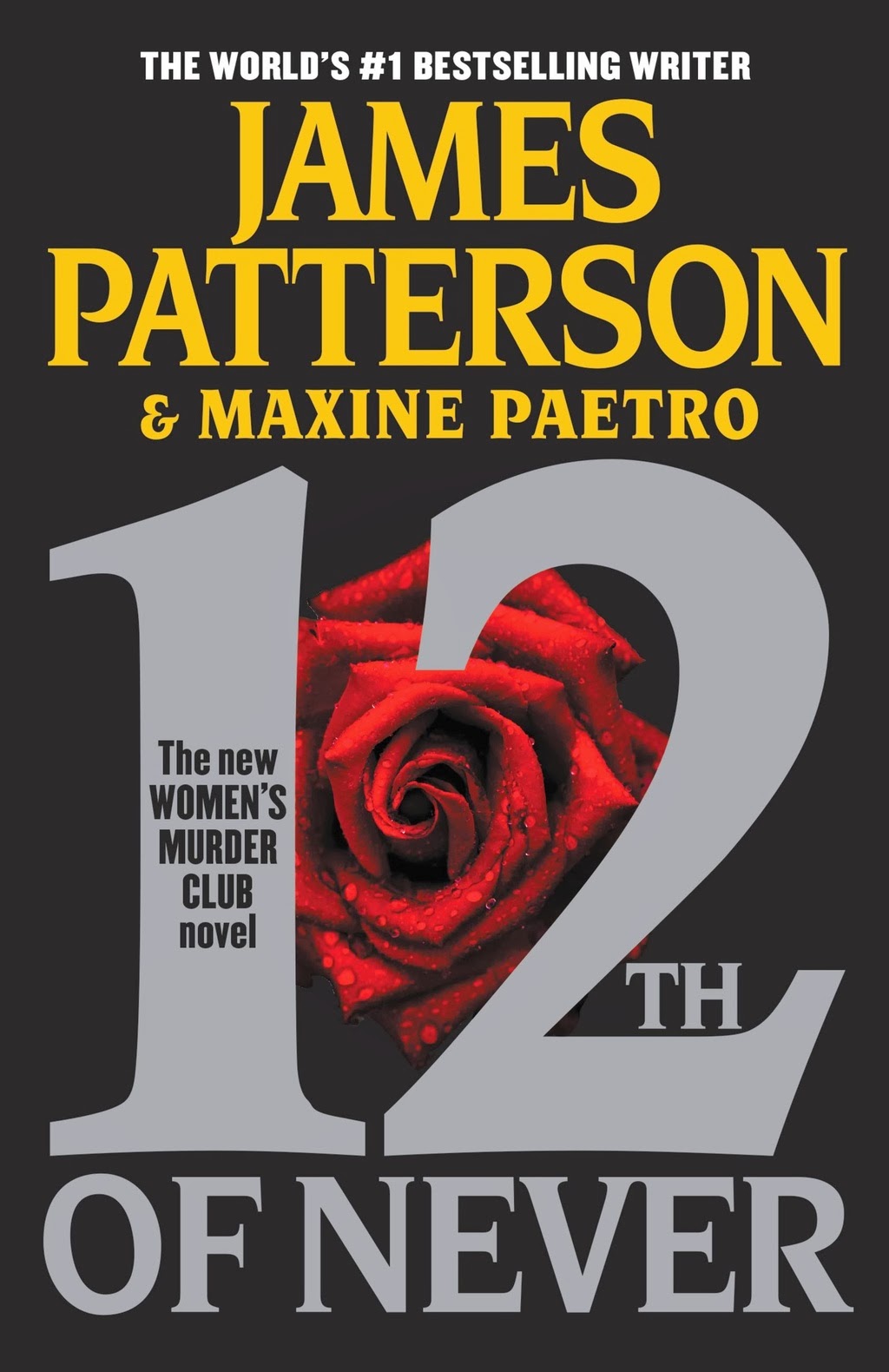 Synopsis from Goodreads:
Lindsay Boxer's beautiful baby daughter is born! While Lindsay and Joe are at home in bliss, San Francisco gets hit with multiple killings. An eccentric English professor has been having vivid nightmares about a murder that he claims is real. No one believes him-until a vicious shooting fits the man's description to the last detail.

Then the girlfriend of a star player for the San Francisco 49ers is found dead in her car, making the athlete the prime suspect. This seems like an open-and-shut case-until the body inexplicably vanishes from the morgue. When the desperate chief of police calls for help, Lindsay is forced to return to work after only one week at home with her newborn.

But all the crimes in the world will seem like nothing when she suddenly faces the most devastating loss of her life. With heart-pounding emotion and suspense, 12TH OF NEVER is James Patterson's most shocking and sensational Women's Murder Club novel yet.

Disclaimer: This book was a personal purchase.

Review:
I have been a big James Patterson fan for at least the last ten years, possibly longer. I have read essentially all of his books, give or take a few.I grabbed this one when I was at Costco a month or so ago. I was excited as I hadn't gotten to this one yet, despite it being out for a year already. The 11th book in this series was a bit lackluster, so I was kind of concerned about this one and hoping that the series wasn't coming to a close.

Thankfully, the book was back on par with what I have come to expect from the joint writing of James Patterson and Maxine Paetro. It was a book that had many twists and turns, both in the various cases that the ladies were dealing with, as well as in their own personal lives.

I know there were some complaints about Lindsay in this book and I don't get it at all. She's a new mom who returned to work much earlier than she intended to. Of course she is going to be a bit scatterbrained and not totally with it. She just had a baby. She's a mom to a newborn now. I have never had kids, but even I understood that Lindsay was just trying to adjust to everything as quickly as possible. It doesn't help that Julie is not an easy baby either. So she's dealing with that as well.

I wanted to wring Cindy's neck though. She had essentially pushed her fiance Rich, onto the back burner. Totally unfair and it made me question if she really wanted to marry him. I mean they had been engaged for awhile, but no date was set? Um, if I am madly in love with someone and want to be their wife, I would not wait longer than maybe a week, to start planning a wedding. But Cindy & Rich had been engaged for  a year with nothing even set in stone yet. I started to feel crappy for Rich.

The biggest surprise was at the end and it had me practically screaming "WTF is going on here?" That was a twist I absolutely did not see coming. However, I thought it was awesome even if it did give me a WTF moment. This book gets 4 stars from me. I enjoyed it a lot and it was absolutely better than the 11th book.Go read it if you have read all of the other books in the series. I promise you will not be disappointed.
Posted by Alexia Boesen at 8:00 AM