Corey Ann Haydu is the author of two YA Contemporaries. 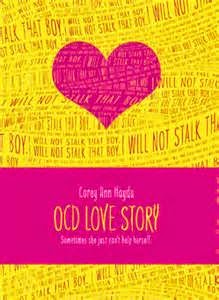 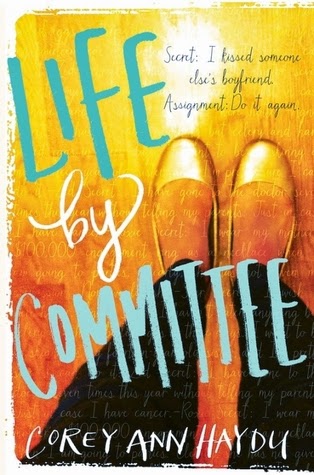 Several weeks ago, Corey put the word out that she was willing to do a guest post on book blogs and I pounced on the opportunity for her to write one for this blog. Since I am working on 3 writing projects, I really wanted to hear about her writing process.

On Process and Doing What Works

Here’s how a book happens for me:
I come up with an idea. It is vague. It is inspired by something else—a bit of my life or a documentary or a play or a podcast or another book. In the case of LIFE BY COMMITTEE I started with this French film I loved—Love Me If You Dare. I liked the structure, danger, and chaos of the film and I wanted to attempt that kind of arc in a book.

That’s all I knew, when I started.

I write in cafes. I need a mocha or a chai. I have to have internet. I like to be chatting online with friends and looking at interesting articles and generally doing a sort of manic multitasking. I work best with a lot of chaos around me.

I write random scenes, out of order. I have only that one seed of an idea (“a YA novel sort of like that French film”) and nothing else. I play a lot. Slowly, I layer on ideas. At one point in writing LBC I realized the arc I wanted would intersect in an interesting way with bits of my own high school experience.

The first draft took me about a year. First drafts in general tend to take me about a year. It is a messy, messy process. I don’t have any chronology until very late in the game. Plot points occur to me sort of willy-nilly, and I’ll write a scene that seems like it could be interesting (Sasha Cotton on her porch at night, in LBC) and not have any idea why I’m writing it or where it will fit in. It’s a lot like leaving breadcrumbs for myself, Hansel and Gretl style, without actually knowing where I’m walking as I drop those breadcrumbs.

But miraculously a lot of things come together.

And unsurprisingly, a lot of other things fall apart.

I do not have strong first drafts. My revisions are complicated, structural, character and plot overhauls. They are not far from page one rewrites. I need readers (betas and above all else my agent and editor) to ask the right questions so that I can find the right answers.

When I’m revising I make insane, impossible choices. That’s when the book starts to work. I don’t solve a problem of not enough tension or a character’s journey being off by simply tweaking. I completely rethink the way I’m telling the story. I changed the entire way LBC-- the online group in the book-- functioned in between the second and third drafts. I cut a major character entirely after the first draft. I started the book in a whole new place. I added probably ten chapters in my last revision.

I stayed open to new and large and surprising changes. That’s the important part of the writing process for me—openness. Being open to ideas that seem impossible or exhausting. Taking risks. Writing scenes you may never use. Going in a direction that’s going to be hard to turn yourself around from. Making big and scary decisions, sticking with them, and then having the courage to give them up and undo them again if they’re not working.

And then the scariest—trusting your own instinct and following through even when it’s terrifying and hard.

And knowing how YOU write best, how a novel comes to be for YOU, and not judging that the process doesn’t look the way it’s supposed to. My process isn’t efficient. It requires me knowing when I have done as much as I can do on my own. It is filled with self-doubt and small moments of epiphanies. I am often shocked and appalled and dismayed and lost. My process involves post-it notes and scattered ideas and no outlines or calendars or spreadsheets. It doesn’t involve story arc, even though I know eventually I’ll need that. It doesn’t involve consistency or thinking through motivations, even though I know eventually I’ll need that. It means sometimes I give up halfway through or start over for the fiftieth time. It means for every 80,000 word book, there are 300,000 written words, beautiful scenes that will never be seen, characters I loved that no one else will meet. It means my phone is filled with one sentence idea descriptions that offer me little more than a feeling on which to build a whole novel.

And those little feelings sometimes turn into books.

And that’s mine. I can own that. Even though it’s messy.

Thank you so much Corey for volunteering to write a post for the blog. I loved reading all about your writing process. Keep writing those amazing books for us!
Posted by Alexia Boesen at 8:00 AM