Welcome to the Sunday Street Team! This awesome idea was one that Nori of Readwritelove28 came up with and I jumped at the chance to be a part of it.

Today, I have Corey Ann Haydu and her new book, Making Pretty on the blog. You may recall that I posted a review of this book a couple of days ago, but in case you missed it, go ahead and read it now. Don't forget to enter the giveaway below! 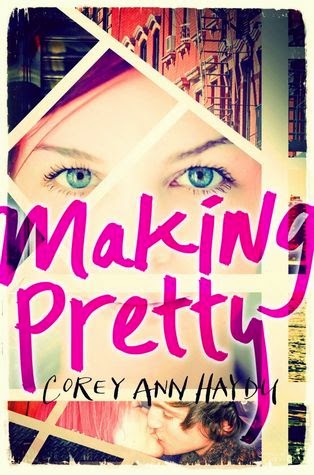 Synopsis (GR):
Montana and her sister, Arizona, are named after the mountainous states their mother left them for. But Montana is a New York City girl through and through, and as the city heats up, she’s stepping into the most intense summer of her life. With Arizona wrapped up in her college world and their father distracted by yet another divorce, Montana’s been immersing herself in an intoxicating new friendship with a girl from her acting class. Karissa is bold, imperfectly beautiful, and unafraid of being vulnerable. She’s everything Montana would like to become. But the friendship with Karissa is driving a wedge between Montana and her sister, and the more of her own secrets Karissa reveals, the more Montana has to wonder if Karissa’s someone she can really trust. In the midst of her uncertainty, Montana finds a heady distraction in Bernardo. He’s serious and spontaneous, and he looks at Montana in the way she wants to be seen. For the first time, Montana understands how you can become both lost and found in somebody else. But when that love becomes everything, where does it leave the rest of her imperfect life?

Review:
How does Corey Ann Haydu do this?

She creates wonderfully real, flawed characters that you don' t always love, but you root for them. She creates real life situations that would make most of us ragey, frustrated and sometimes downright angry.

I've never been the type of person who needs to love or even like the characters in order to like or even love the book. That was a much needed realization as I dove into this book. Montana did not make the best decisions in her life. She makes questionable decisions throughout the book. Some of her decisions made me want to put my head through a wall. I literally had to remind myself that she was a teenager. Teenagers are pretty much known for making questionable decisions.

She struggles with wanting to belong, and while that is definitely a teenage thing, I think that's also something that comes with having extremely limited contact with her mom and her dad basically treating marriage as unimportant as he marries them, talks them into a lot of plastic surgery and then eventually divorces them. I understand Montana's unhealthy approach to relationships and love.

That's why I didn't mind her relationship with Bernardo too much. Yes, the guy had red flags all over him, and yes, I didn't like him very much. However Montana just wanted to be loved for who she was. She wanted someone to want to stick around for her. Bernardo was that guy. He made her feel loved, adored and cherished.

Yes she had her friend, Roxanne and her older sister Arizona, but there was distance between them. Both Roxanne and Arizona were in college and Montana definitely felt left out.

This was where Karissa came in.

Karissa was one of those "bad decisions" She seemed to use  Montana, drugs & alcohol as a way to deal with her rough life. In toxic friendships, the toxic one usually pulls the other friend into things so quickly and so fully that it takes awhile for the non-toxic person to realize that the toxic person is not all that great.

This book was intoxicating. I was absolutely addicted to this book and I was so curious to see how things would turn out by the end. I wish we had gotten a bit more in the end because I really wanted to see how certain things played out. I did love this book though and will happily give it 5 stars.

About the Author:
Corey Ann Haydu is the author of OCD LOVE STORY, LIFE BY COMMITTEE, MAKING PRETTY and her upcoming middle grade debut, RULES FOR STEALING STARS. A graduate of NYU’s Tisch School of the Arts and The New School’s Writing for Children MFA program, Corey has been working in children’s publishing since 2009. In 2013, Corey was chosen as one of Publisher Weekly’s Flying Starts. Her books have been Junior Library Guild Selections, Indie Next Selections, and BCCB Blue Ribbon Selections. Corey also teaches YA Novel Writing with Mediabistro and is adapting her debut novel, OCD LOVE STORY into a high school play, which will have its first run in Fall 2015. Corey lives in Brooklyn with her dog, her boyfriend, and a wide selection of cheese. 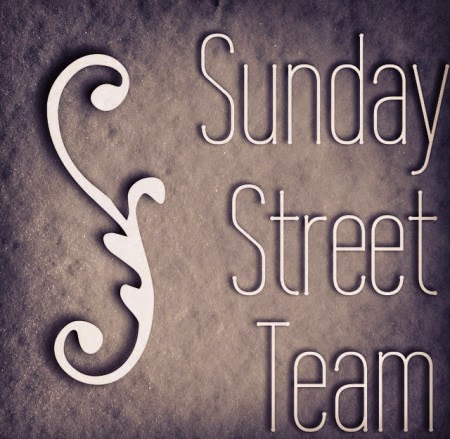