Review: The Forgotten Ones 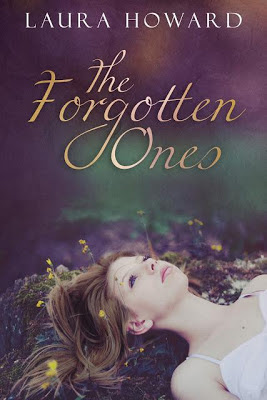 I won the Kindle version in a book blogger giveaway (really don't ask me which blog because I don't remember) I had forgotten that I had entered this contest until I got an email saying that I had won. This was two days ago. That night I happily started reading it and Oh My God. I could barely put it down to eat let alone sleep.

Allison's sole focus is taking care of her mentally ill mother because she knows that her grandparents aren't going to be able to do it forever. She doesn't make time for herself which frustrates her cousin.Then there's Ethan who Allison has been in love with for a very long time.Everything kind of turns upside down when the father that Allison never knew appears in her small town. Very quickly Allison realizes that things aren't what they seem.

Without being able to take much of a breath,Allison is thrown into a world of people with strange names and special powers. They call themselves The Danaan. She barely has a moment to think about what this means when her mentally ill mother disappears into thin air.

Allison begins a quest to find her mother and maybe even find herself in the process. She will encounter allies and enemies during this quest.

I really liked Allison's character.She reminded me of myself in a lot of ways. Both of us having no father in our lives but having grandparents be very important to us. Her academic achievement,though hardly mentioned,also reminded me of myself. I do wish Ethan's character had been fleshed out a bit more but since this is only book 1 of a trilogy,I think I can overlook it.Now Elizabeth's character was very interesting. She appeared to be schizophrenic initially,but even that too turned out to be wrong.She was a whole different person towards the end of the book. Liam was another interesting one. I get the feeling like there is more to him than we know right now.

I absolutely adored the writing style. Not too slow or too fast. It moved along at a really nice rate.The editing was stellar which only made me happier. For her first book Laura Howard did a spectacular job. This book gets a resounding 5 stars. I have no issues with the book at all. It was basically amazing. I will be recommending it to anyone who needs a new book to read.