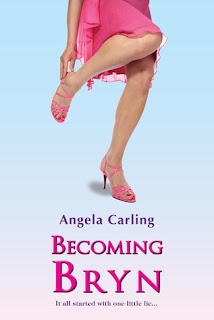 
For months, Jesse has been envious of her twin sister Bryn and even has a crush on Bryn’s gorgeous, popular boyfriend, Quinton. When Jesse awakens from a coma to learn that everyone thinks she IS Bryn, the option of actually taking over her sister’s life is beyond tempting, but there’s a downside. She’d have to give up Ethan, her best friend and the only person she trusts. Could she actually live as Bryn for the rest of her life? And if her family and friends found out, would they ever forgive her?

Written from Jesse’s point of view
“It’s not funny,” I said thinking about how terrible I must look.  Ethan walked the length of the room and grabbed some more towels from above the sink. He turned on the sink and after dampening, several came to me. I wasn’t dripping ice cream anymore, but now I felt so sticky I could have been the floor of a New York Taxi Cab.  Seeing Ethan’s smirk change to compassion let me know it was okay to smile.

“Guess that was kind of funny,” I admitted.

Ethan’s smirk returned as he looked me over. His gaze was gentle but playful. “Where to start?” he posed the question as if I was an unfixable disaster.

His words, his tone, everything about our interaction felt eerily familiar yet different than it had ever been before. I’d seen Ethan in lots of different situations before. We’d even slept in the same hotel room while traveling to the beach together with my some friends. Yet somehow, this situation, standing so close to him in the backroom of an ice cream shop, felt intensely intimate.

Using the warm, damp towels, Ethan began wiping off my arms. In long slow strokes, he wiped every sticky inch clean.  Sometimes, his fingers would touch my moist skin and I would be surprised when my heart rate would flutter.

What was happening?  I’d always thought Ethan was hot, but this chemistry. This was new. When my arms were clean, Ethan moved to my neck.  By folding the towels in half, he created smaller cloths and began cleaning the little bits of ice cream and pineapple off my neck. “Look,” he whispered as he lifted a piece of hair that escaped from my ponytail, “You even have it in your hair.”  I knew I should stop him. I was perfectly capable of cleaning my own neck and arms but I found myself pulled in by his tenderness and locked in by the colony of butterflies that had erupted in my stomach. Thoughts of Quinton passed through my mind, but my budding desire for Ethan was undeterred.

Ethan had stepped closer and I caught a fresh whiff of his cologne. When had Ethan become intoxicating? I made a feeble attempt at conversation to clear my head.  “That cologne, is that the one Jesse gave you?”

I could feel his breath quicken on my neck at the mention of my name.  “Stupid, stupid, stupid,” I thought when he pulled back a little but not far enough to put any real distance between us. A rush of terrible selfish relief followed. Ethan met my eyes with his own expressive ones. He was searching but I didn’t know for what. All I knew is in the few hours everything had changed. I wanted to kiss Ethan, more than I’d wanted anything in a long time.  I stood there looking at his lips. They were gorgeous, completely kissable. It’s not that I hadn’t thought about what it would like to kiss him before, you know, when we were friends. I just figured it would never happen so I didn’t dwell on it. Now, we were inches apart and I knew it could happen, and I wanted to feel his lips against mine. Subconsciously, I ran my tongue across my lips in anticipation.

That was all it took.

Without a trace of noise, the washcloth fell to the floor and with his now free hands he cupped my face in his warm fingers and he purposefully brought his lips to mine. At first the kiss was soft, like butterfly wings delicately brushing across my lips. The connection sent an electric sensation through my body, teasing me of more to come. After the first cautious kisses, something inside of me broke free and reckless abandon took over. I reached out and wrapped both arms tightly around his back pulling him in. This time, I placed my lips on his not just once but again and again. With each kiss, my heart rate seemed to climb.  Our bodies struggled to get close enough, wanting more intimacy and less air between us. The sticky shirt I was wearing soon felt warm against my skin and even though I knew I was making him a mess, I didn’t care. We leaned back against the cool, hard sink and it caught us.

I knew somewhere in my head, I should stop but kissing Ethan was like riding a rollercoaster ride that you never wanted to end. All that practice on those “girls of the week” must have really paid off. The boy knew how to use his lips.

I forced myself to pull my fingers off his back. The air between my hands and his body reminded me that we weren’t one, that I belonged to someone else. Ethan reacted immediately, pushing off the sink, actually forcing himself to step back a few feet.  His breathing was deep and choppy as he bent over, resting his hands on his knees.


I didn’t know what to say. I stood there in shock.  Even now with the spell broken, I still wanted to reach out and grab him again. In fifteen minutes, he had gone from being my former best friend to being the only one I wanted. 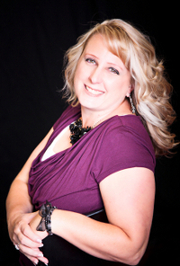 Raised in Palm Springs California. A desert rat that writes Young Adult novels and loves all kitties and her family. Can be bribed with chocolate. Published books, Unbreakable Love, Shackled and Becoming Bryn.

Connect With The Author: