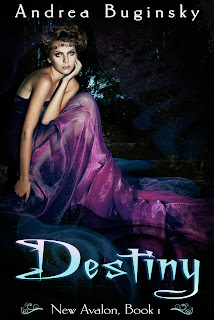 Constantly teased and taunted by the popular girls, Elena Baxter desperately wants to fit in. On her sweet sixteenth, she receives two shocking gifts: telekinesis and the surprising truth about her heritage. With high hopes that things will be different now, Elena returns to school to find that nothing has changed. Only this time her hurt feelings and frustration boil into something even she cannot understand.
When her powers explode, chaos ensues and she learns that her new ability is greater than she ever desired. As she learns to control her powers, Elena discovers there’s so much more to her heritage than she ever imagined.
Disclaimer: I received an e-copy of this book in exchange for my participation on a blog tour.

Review:
As someone who felt lonely all through high school, though I tried to hide it, I was hoping to connect well with Elena. Like her I was bullied constantly, but unlike her it was the boys that tormented me. Not the popular girls. Anyway,despite those minute differences, I was excited to read this and was confident that I would love Elena. But it just didn't happen.If I can connect well with a main character,then the chances are good that I'll love the book.

The genre of Fantasy has always been a favorite of mine and I did love the authors descriptions of Avalon. It sounded so magical and peaceful. It clearly brought Elena into a situation where she was no longer and outcast. Clearly a situation that Elena had longed for. The dialogue seemed strange, I'm not sure if it was stilted or just seemed that way because the dialogue was so simplistic.

The book itself seemed so short and I think that the book could have been improved upon if the book was longer. Certain parts seemed rushed and that really bugged me. I did love that Elena's family was present in her life. Too often in YA books, parents are mentioned once or twice but never actually seen. That was not the case with this book.

Editing-wise it was perfect. Not a single editing issue in the entire e-book. That made me SO excited as often times debut books are poorly edited which leaves a bad taste in my mouth.

I didn't hate this book, but I didn't love it either. This really bums me out as the synopsis was so promising. I went into the book with high hopes,but those hopes were not met. So for that reason and many other reasons that I have mentioned, I have to give the book 3 stars.

Hopefully many others will enjoy this book. It just wasn't for me. 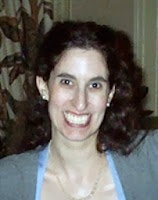 Connect With The Author:

a Rafflecopter giveaway
Posted by Alexia Boesen at 8:00 AM