Synopsis: BEWARE! THE PLANET IS WOUNDED... THE GEMINI ARE RISING AND OUR TIME ON EARTH IS LIMITED Mother Earth, wounded by the human race and its disregard for her resources, will recruit human souls to serve Her and turn against humanity. A rising force festers.

Gemini, a clan of paranormal beings will systematically possess and destroy towns, cities, and states. Amidst the chaos, a forbidden relationship between Onyx, a lead Gemini, and Violette, a human, begins. They will both find themselves in the middle of a revolutionary war that will either save, or destroy our world.

Disclaimer: I received this book in e-book format in exchange for my honest review & participation in a Book Tour.


Review:
At first,when I agreed to participate in the book tour I was a little uneasy. This book pushed the boundaries in what I am normally interested in reading.However one of my goals in doing this book blogging thing was to expand my horizons and read books that I wouldn't have ordinarily picked up.

At the beginning the book is sort of slow and usually when it starts off slow I end up having to throw it in my DNF pile.Not with this one. Yes it had started slowly but when the book picked up,it REALLY picked up.I ended up absolutely loving it by the end,despite feeling like I was going to have to put it in my DNF pile when I started.

I love the name Onyx.It seemed to fit him so well.Normally I don't like it when main characters have funky names but in this case,it totally worked.I think he was a very complex character and I liked that. I suspect that in a book like this one,the characters have to be somewhat complex or it would read like a terrible fan fiction.

Oh Slate,dear sweet trusting Slate. How much I adore you.He has that whole knight in shinning armor thing going on.He's definitely crazy about Violette but he is several years older than her. I love that he's starting to question things about his surroundings and about the people he thought he could trust.

Violette has a sad story about how she came to live at the home for orphans but she seems pretty normal. That is until she starts to feel things.Not only for Slate but also for this strange body-less spirit that seems to be around her more and more.Watching her begin to distrust those who took her in was very interesting.At the beginning she appeared shy & quiet and by the end of this book she was more willing to question things.Even to authority members.

This book is NOT just a love story.If it were I wouldn't have loved it as much.It's about good & evil.It's about doing the right thing even if you will stand alone.It's about realizing that what may seem bad isn't bad at all and what some see as good may not be good at all. I give this book 5 stars.It has everything that a great YA \fantasy has to have and I cannot wait to read the next book in the series. 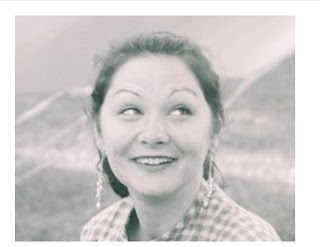 I was born in Chesapeake, Virginia on April 19th, 1979. I was raised within the American Indian religion and was taught great respect for the earth and all its living beings. Powwows, sweat lodges, vision quests, you name it, I’ve done it. I was the weird kid who would confront kids on the playground in elementary school when they squished a bug. I would very sincerely tell them what they were doing was morally wrong and then I would pray for the bug to come back as a butterfly in its next life. I grew up admiring my father, Barry Weinstock, as an author. When I was twelve I started hand writing novels. My first one was two thousand pages. My daughter, who is thirteen, is currently working on her first novel. I hope to continue the legacy.

Posted by Alexia Boesen at 9:00 AM