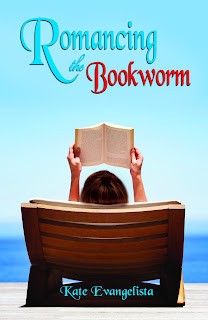 Sometimes, even the best-laid plans can unravel.

It's spring break, and Tamara Winters would rather stay on campus and read romance novels than flaunt her size-fourteen body on a beach. But her best friend, Roni, has other ideas. Against her wishes, Tamara is whisked away to picturesque Maverick Bay, where she's wrangled into waiting tables with Roni at the Shore Shack for its busy week leading to Maverick's Surf Invitational. There she meets fellow schoolmate Xavier Solomon, the Invitational's organizer and campus womanizer by reputation. From the moment Tamara sees him emerging from the waves like a hero in of one of her romance novels, all she wants to do is run away from the feelings he inspires in her.

Little does she know Xavier has been watching her for weeks now. In fact, after failed attempts at asking her out on campus, he's concocted a crazy plan: fabricating romantic situations straight out of her favorite books. Xavier quickly realizes that if Tamara gets a whiff of his designs, he might as well spell CREEPER across his forehead. Yet as they grow closer, he's convinced it's a risk worth taking. What he hasn't planned on, of course, is his drug-addicted, alcoholic stepbrother, who decides to join the fun and put a wrench in Xavier’s scheme.

Spring break is proving hotter than Tamara expected. Will her romance novels be able to compete?

Disclaimer: I received an advanced reader copy of this book in exchange for my participation in a blog tour.

Review: I was excited to read this book from the minute I saw the synopsis and I was hopeful that the book itself wouldn't disappoint me. It didn't disappoint me at all. In fact It felt as though the book was written FOR me in so many ways. I have always preferred the company of books to the company of actual people. I have very little experience with romance much like Tamara.

I fell head over heels for Xavier from the beginning. He was a very dreamy guy. Not just in looks but in personality too. However I knew pretty quickly that he was hiding something and I was hoping that it wasn't anything too serious like all of his stepbrother's issues.

Roni was an awesome best friend. Best friends are supposed to be there for you. They are supposed to apologize when they wronged you and Roni did that. Not only that,but she pushed Tamara OUT of her comfort zone. That I loved.She didn't do it maliciously. She did it out of love for Tamara. I wish we had seen more of Hudson,Roni's brother. I really liked him.He was a loyal guy to both his best friend Xavier and to Roni.

I know I wasn't supposed to,but I fell for Zander. Yes he had problems but at the root of it he was a good guy. I truly believe that. No he didn't handle things well with Roni, or with Xavier for that matter,but underneath all the drugs & alcohol I truly believe he was a good person. He had gone through so much hell and now he was feeling unloved by his family,pushed out by Xavier. Like Xavier admitted near the end,I do believe Zander loved Roni. I am SO hoping the author does another book,this one with Zander & Roni as the focal points.

Xavier and Tamara were so flipping CUTE! Gah I was so hoping that Tamara would cash in her v-card with this guy. I think cashing it in with some guy who she doesn't know would have really upset her. I also like that they didn't rush into it and that Xavier allowed her to set the pace. That showed so much respect for her.

I really liked how there were so few characters.It allowed for better character development and it allowed me to care about the five main characters.Sometimes a book can have too many secondary characters that it gets confusing and I get frustrated.

This book really spoke to me and I really adored the entire thing. I am giving it five stars because this book was perfection. From the plot to the characters to the backdrop. 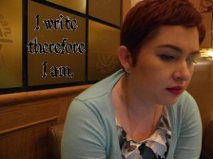 When Kate Evangelista was told she had a knack for writing stories, she did the next best thing: entered medical school. After realizing she wasn’t going to be the next Doogie Howser, M.D., Kate wandered into the Literature department of her university and never looked back. Today, she is in possession of a piece of paper that says to the world she owns a Literature degree. To make matters worse, she took Master’s courses in creative writing. In the end, she realized to be a writer, none of what she had mattered. What really mattered? Writing. Plain and simple, honest to God, sitting in front of her computer, writing. Today, she has four completed Young Adult novels.

You can follow the tour to see reviews, guest posts, and excerpts by clicking the link below.

Book Tour
Posted by Alexia Boesen at 12:00 AM