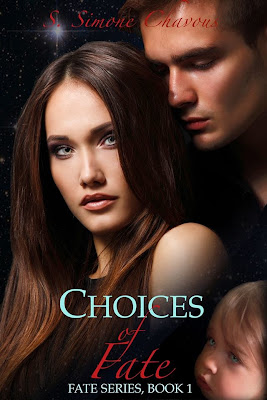 Synopsis:
On her own since the day she turned eighteen and left the group home where she grew up, twenty-five year old Alexa Ryan has made a comfortable life for herself. She has a great job, the perfect apartment, every material possession a girl her age could desire. Unfortunately, she also has an unusual condition that has forced her to keep everyone at a distance.

Ethan Kellar has spent his entire life running from destiny. When he was just a boy, a powerful seer prophesied his role in events that would determine the outcome of the secret war his people had been fighting for centuries. A role he was determined not to accept, leading him to avoid letting anyone get too close, until the night Alexa fell into his arms.

Drawn to her in a way that he has never experienced, Ethan decides to take the ultimate risk by trusting Alexa and revealing to her all that he truly is. Thinking she is an ordinary woman, he believes that she could be his key to preventing the prophecy from being fulfilled and allowing him to live the life he has always wanted, one that he chooses. Having been so consumed with the desire to determine the course of his own life he wants no less for Alexa and knows he must tell her everything, give her a choice. Before that happens they surrender to the intense physical attraction between them and he realizes too late that in trying so hard to change his fate, he may have set the events of the prophecy in motion.

In that moment, Ethan makes the most difficult decision of his life and does the only thing he can to save Alexa. He walks away.
Consumed by grief, Alexa falls into a deep depression until she learns that her brief encounter with love resulted in a child and somehow finds the strength to put herself back together for the sake of her baby Chloe.

Nearly two years after Ethan walked out Chloe develops an unexplained illness that sends Alexa in search of anything that can help. Her pursuit leads her back to Ethan and thrusts her into his dark and mysterious world, unlocking the secrets of her past and revealing threats to their future. Together, Alexa and Ethan fight to protect Chloe and their love, but there is one battle Ethan fights alone as he struggles to choose his own path and avoid the choices of fate.

Excerpt:
“I am sorry, Alexa. Please understand this is incredibly difficult for me.” He leaned in and placed his forehead against hers. “I want you so badly right now, in this moment, but I want you forever more. That is why we must wait.”
Well, shit. Hearing that just made her want him even more. Maybe it was all just a line of bullshit, some kind of reverse psychology to get her in bed, but it was working.
Forgetting her embarrassment she leaned her face up and pressed her mouth against his yet again, then pulled away and said, “Please, Ethan,” another kiss, “please, I want to be with you tonight.”
Before she could blink he was over the center console kissing her fervently as he pressed his knee between her legs sending a jolt of arousal through her.
And just like that he pulled back, hovering over her and looking into her eyes while she panted with desire.
“Alexa, I cannot come up with you tonight.” Her expression became one of hurt and confusion, until he continued, “But, I am going to make you cum with my mouth, I must taste you.”
His words and the hunger in his eyes were almost enough to send her over the edge.


And then he crushed his mouth against hers, sliding his tongue inside as a promise of what was to come when he moved between her legs. 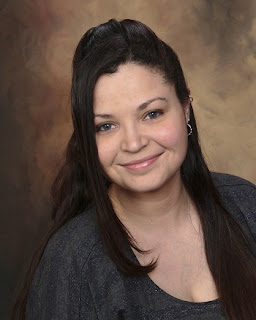 About the Author
S. Simone Chavous spent seven years as a tax accountant before deciding to pursue her true passion as an author.
Choices of Fate, the first book in the Fate Trilogy, is her debut novel.
She lives in northern Indiana with her boyfriend, two beautiful daughters and their rambunctious vizsla, Lily. 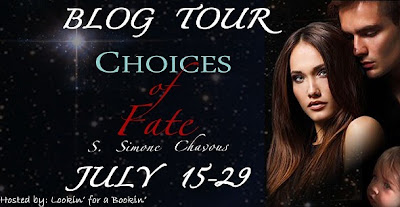