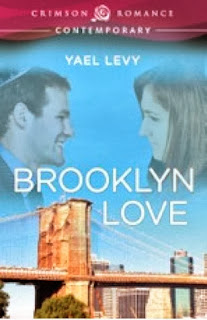 Synopsis from Goodreads:
For any young woman, it can be hard to follow the rules … especially when you’re falling in love.But for Rachel, Hindy, and Leah, it’s especially hard. Because as Orthodox Jews, they live by a whole different set of rules. No touching a guy—any guy!—before marriage. No dating—unless they are considering marriage—and then, only marrying a man who rates high on their parents’ checklists.All Rachel’s mother wants for her daughter is to see that her daughter marries well. Naturally, this is where the rich, Columbia University educated lawyer comes in. The problem is, Rachel’s already found a guy who makes her heart race. A Rabbi. But how could a struggling Rabbi possibly give Rachel the security her mother demands?Hindy is very pious and only wants to marry a Talmud scholar. The problem is, she’s in love with an Orthodox Jewish guy she works with. How long can she keep saying no when her heart says yes? And will she be able to stick to her values amidst temptation?Leah wants to be a doctor, but her mother insists she study computers even though she hates computers. Her mom, a struggling immigrant, has fixed ideas about the course to success and marriage—which doesn’t include any of Leah’s wishes. What will it take for Leah to break out of her mom’s—and community’s—expectations and follow her dreams?In Brooklyn Love, three Orthodox Jewish women who are caught between crushing guilt of defying their mothers and their desire to be “normal” are there for each other as they try to figure out who they really are … and what they really want.

Disclaimer: I received this book from the author in exchange for my honest review.

Review:
I don't know much about the Jewish culture so it was a new experience to read a book that focused so much on the Jewish culture. The idea that getting married is based on stability rather than love is so hard for me to understand. When and if I ever get married, I want it to be for love. I don't want to marry someone I am not attracted to or who treats me like dirt.

Leah, Hindy & Rachel don't have that luxury. They are surrounded by immense family pressure to settle down and start a family. Even at the cost of their own dreams.It was definitely hard for me to connect with any of these three,but I still felt that the book was a great read. Leah,Rachel and Hindy were three awesome ladies. My heart broke for Hindy. She was overweight and despite being the oldest sister in a big family,she was likely to be the last to be wed. Yes there are some very shallow Jewish Brooklyn-ite men in this book.

This book was a great read with awesome characters,the editing,character development and pace of the story were all top-notch. There are really only 2 issues I had with this book.The first one being that there were a lot of what I think were Yiddish words that I didn't understand. Having a little guide in the front of the book would have been easier on those of us who aren't Jewish and don't know Yiddish. The second thing was that I wanted more of an emphasis on Rachel and Jacob's relationship.

I feel like the epilogue didn't really give us all that much. I wanted a little more in the epilogue than we actually got.Aside from that,I would give the book 4 stars,it was enjoyable but I do feel like there was room for improvements.
Posted by Alexia Boesen at 8:00 AM