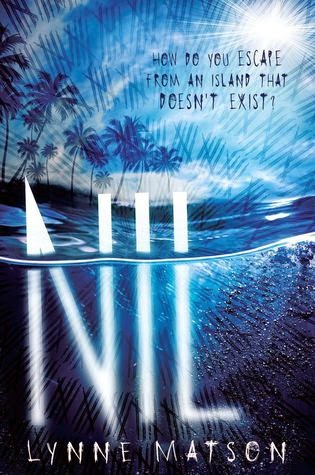 
Synopsis from Goodreads:
On the mysterious island of Nil, the rules are set. You have one year. Exactly 365 days--to escape, or you die.Seventeen-year-old Charley doesn’t know the rules. She doesn’t even know where she is. The last thing she remembers is blacking out, and when she wakes up, she’s lying naked in an empty rock field.Lost and alone, Charley finds no sign of other people until she meets Thad, the gorgeous leader of a clan of teenage refugees. Soon Charley learns that leaving the island is harder than she thought . . . and so is falling in love. With Thad’s time running out, Charley realizes that to save their future, Charley must first save him. And on an island rife with dangers, their greatest threat is time.

Disclaimer: I own this book.

Review:
I honestly had no idea what to expect with this book. I had really high hopes for it, but wasn't sure if it would deliver. And for a little while, I wasn't sure it would. It was a bit slow in the beginning, which worried me. But by the time I reached page 80, it had picked up and I was captivated by the story. Plus, if it's going to be compared to my all time favorite TV show, LOST, then the chances are pretty high that I'll fall in love with it.

I had a hard time trying to figure out what genre I'd put this book in. It was obviously YA, but there were several sub-genres that I could have put it in. There was romance, there were paranormal elements and there was science fiction. In some ways, I find these kind of books the most compelling because there are multiple elements involved and they each do their part to tell the story.

Even though Charley & Thad were considered the main characters, I really loved Natalie. She was so vulnerable, so realistic. I loved how she trusted Thad and Charley despite all of the craziness going on. She cared about all of NIL's inhabitants. She had a good heart, a caring heart.

NIL itself was interesting. Not only was it an island but it also seemed to be personified. I'd never seen this in a book before, so that was captivating. Was NIL also a person or was she seemingly personified because of the mental health of all the inhabitants.

"To NIL we come, from NIL, some go, and some like me, will stay. The clock winds down, our time runs out, and NIL will have her way."

Now Charley & Thad. I understand that a lot of people were a bit iffy on how quickly things developed between them, but this wasn't typical life. They were on an island for goodness sakes. It's not like they had a million other life things to attend to, Yeah they were off searching for gates and even newcomers, but there was more time to develop a relationship. I liked them together, I rooted for them to get together and that is a great feeling to be able to do.

"You're right, Charley. NIL does change the way you see things. NIL makes everything more clear. What's important, what matters. And for me, that's you."

This book stressed me out completely. I can't exactly say why it did, as it could be considered very spoilery, and I really don't want to ruin it for others. But, I absolutely loved it and highly recommend it. I am giving it 5 stars and I cannot wait to read NIL Unlocked, which I'll be starting ASAP.
Posted by Alexia Boesen at 8:00 AM