Review: The Replaced (The Taking #2) by Kimberly Derting 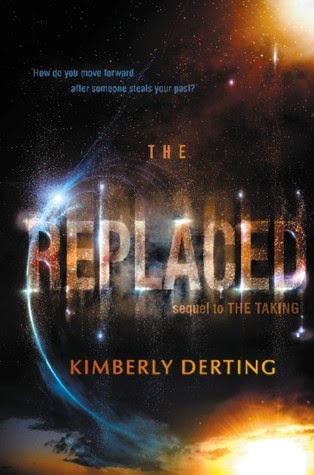 Synopsis from Goodreads:
Romantic and action-packed, The Replaced is the gripping second installment in the Taking trilogy.Kyra hasn't been the same since she returned from her mysterious five-year disappearance. Now, on the run from the NSA, Kyra is forced to hide out with others who, like her, have been Returned. Yet she is determined to find Tyler, the boy she loves who was also abducted—all because of her. When her group intercepts a message that Tyler might still be alive but is in the hands of a shadowy government organization that experiments on the Returned, Kyra knows it's a risk to go after him. What if it's a trap? And worse, what if the returned Tyler isn't the same boy she lost? Perfect for fans of The Fifth Wave and the Body Finder series, The Replaced is both chilling and explosive, with creepy, otherworldly elements and twisty, psychological thrills that will have you questioning what exactly it means to be human.

Disclaimer: I received this e-ARC from HarperTeen via Edelweiss in exchange for my honest review.

Review:
Can I just leave this review at "holy crap, it was awesome. Read it!"

No, probably not. Holy moly this book was so freaking awesome. I initially couldn't remember some of these people and events from The Taking and was kicking myself for not doing a reread of book one, but The Replaced does a good job of reminding us all what happened in The Taking.

Kyra has now lost her father and the boy she loves. They were both taken right at the end of the Taking and The Replaced picks up not too long afterwords. We end up meeting several new people throughout the course of this book. Some of these people end up being very important and some end up simply being extras.

There were secrets galore in this entire book. Every 20% or so I'd be freaking out and having to put the book down & calm down before I continued reading. There is one character that you start feeling one way about and then later on your feelings on this character change completely. I was never sure how I felt about this character.

There starts to be a love triangle in this one, and honestly, I kinda liked it. I liked the 2nd guy who was involved in this triangle and I kept hoping it would go the way I wanted it to. They seemed like a great match.

I hate being so secretive and vague about this book, but so much of this book was a big giant spoiler that I really can't talk about, and it's driving me batty. It was going to take a lot for me to enjoy this book as much as I enjoyed The Taking and actually I think I enjoyed this one MORE than I enjoyed The Taking. I never expected to say that.

Honestly it was the ending that sealed it for me. So shocking, so mind boggling and it left me wondering how I am going to wait for the third and final book in the series. I am giving this book 5 stars, and if you haven't read these books yet, you need to rectify that immediately.
Posted by Alexia Boesen at 8:00 AM