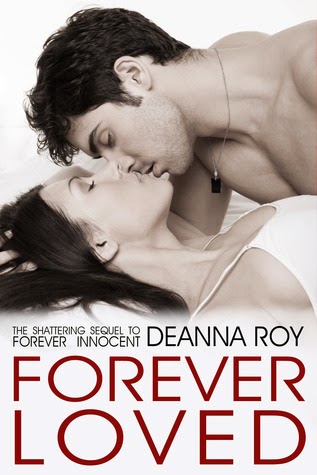 
“How do I tell the woman I love that I fathered a son with a prostitute?”

After four long years of separation, Gavin has finally reunited with his childhood love Corabelle. She’s forgiven him for leaving her during the funeral of their seven-day-old baby, and also for where he ended up — in Mexico to get a vasectomy.

A message from Rosa, a prostitute he met the day of his surgery, brings his life to a crashing halt. She claims Gavin has fathered a son, now three years old and living with her cousin in Ensenada. He doesn’t know if he can trust Rosa, who never mentioned the boy before, or if his delicate reconciliation with Corabelle can withstand the shock if it is true.

Corabelle believes their future together is the right thing despite their past. But when she learns of this other child, the one thing she lost long ago and might never have again with Gavin, Corabelle’s faith that her life will ever follow her old dream is shattered. To make things right for Gavin and his son, she just might have to let go of the only person she always believed would be her forever love.

Forever Loved is the heart-wrenching conclusion to the passionate story that began with Forever Innocent.

Today we’re chatting with Jenny, best friend of Corabelle, the main character of Deanna Roy’s Forever Series, including the bestselling Forever Innocent (on sale for 99 cents through Jan. 24) and the sequel Forever Loved, which just came out Jan. 10.

Hair color: PINK! Of course. Oh, you mean the real stuff? No telling. I’ve been pink since I was 13. Probably some horrid ashy brown. The world will never know, thanks to Manic Panic. (My bathroom always looks someone just murdered Strawberry Shortcake.)

Eye color: A bizarre grayish dull green. No emerald or sapphire or any other cool romance novel color. (Stupid author. Can I at least be jade? In fact, can I change my name to Jade? I don’t know what she was thinking when she named me Jenny. I am not girl-next-door-name material.)

Height: What is this? A physical exam? With boots or without? I can reach the top shelf in my kitchen in my tin-foil stilettos, so does that make me 5’9”? We’ll go with 5’9”. BTW, don’t ask my weight or I’ll mix Manic Panic with your hair gel. And not a cool color either. Think seaweed.

School: UC San Diego. I’ve been undecided since kindergarten. I’m a junior credit-wise although I’ve only been there two years. Ha, you thought I was an airhead. I placed out of twelve hours, people. Pink hair does not equal dumb. I’m aware that I have to decide something sometime. Right now I’m cool with being well-rounded arm candy.

Work: I’ve been slinging coffee at Cool Beans for about six months. That’s how I met Corabelle. Anybody THAT sad needed somebody like me in her life. Studying nonstop when you are not even taking classes is like, I don’t know, bad for your mental health. I make her get out in the world. Engage. Other than boyz. She won’t go near them. Which means more for me. This is a very workable plan.

Boyfriend: Is that singular? I mean, not that I am a big fat cheater (not in my mind) or polyamorist (I love that word), just that there can be, sometimes, a little crossover. See, not every guy goes for me. I mean, they like to LOOK, and often they like to FEEL UP (some parts more than others), but I have to separate the taste testers from the gourmets, you know? So sometimes I am looking for one just a tad bit before I let go of the other. It’s all about life boats. You wouldn’t jump ship until you had one, am I right?

BFF:  Corabelle works for me. I’m hard to be friends with. I know I’m a flirt. I’m as subtle as Miley Cyrus on an award show. So a lot of girls won’t be around me. They think I’ll steal their boyfriends. But I have a code. It’s a serious set of rules I don’t violate, not ever. No boys of friends. No ex-boys of friends. Never ever. So see, I’m not so bad. Just know that if we’re out clubbing, if I see him first, you better stake your claim in a hurry, or else, he’s MINE. 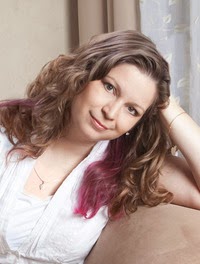 Author Bio:
Deanna Roy is a passionate advocate for women who have lost babies. She founded PregnancyLoss.Info in 1998 and runs many online and in-person support groups. She is the author of several two-hankie reads, including Forever Innocent, Stella & Dane, and Baby Dust.