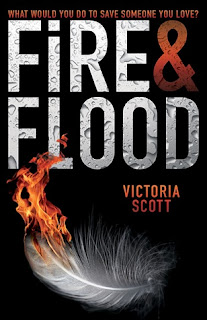 Synopsis from Goodreads:
A modern day thrill ride, where a teen girl and her animal companion must participate in a breathtaking race to save her brother's life—and her own. Tella Holloway is losing it. Her brother is sick, and when a dozen doctors can't determine what's wrong, her parents decide to move to Montana for the fresh air. She's lost her friends, her parents are driving her crazy, her brother is dying—and she's helpless to change anything.Until she receives mysterious instructions on how to become a Contender in the Brimstone Bleed. It's an epic race across jungle, desert, ocean, and mountain that could win her the prize she desperately desires: the Cure for her brother's illness. But all the Contenders are after the Cure for people they love, and there's no guarantee that Tella (or any of them) will survive the race.The jungle is terrifying, the clock is ticking, and Tella knows she can't trust the allies she makes. And one big question emerges: Why have so many fallen sick in the first place?

Disclaimer: I received this print ARC from the publisher in exchange for my honest review.

Review:
What would you do for someone you love, who was suffering? That's the question that Tella Holloway is forced to face when she receives an anonymous box one night. Her answer is quick, she would do anything for her brother who's suffering from an unknown illness. Doctor after doctor have tried to help him but no one knows what's ailing Cody Holloway.

So when Tella learns that the prize for winning this thing, is The Cure, she knows that she must compete.Even if she's never even heard of The Brimstone Bleed before.Even if she has no idea what to expect. She knows that Cody would do it for her in a heartbeat. Tella is bright, intelligent and devoted to her family no matter what kinds of things await her.

There were so many themes in this book, but the one that stuck out to me the most is loyalty.One could also make the argument for family being the main theme, but loyalty was an even bigger one. Not just loyalty among human allies, but loyalty from Pandoras to humans.

I'm obsessed with Pandora's.First, you find them as eggs in a room, even before you reach the first stage of the competition. You have no clue what these eggs hold or even if they'll hatch. So you take a gamble and hope that it pays off. I have never wanted anything like this in my life. I WISH Pandora's were real. That would be so darn awesome.

I really liked the supporting characters: Harper,Caroline, Olivia and of course Guy. Oh my goodness, Guy was mysterious, intriguing and just SO swoon-worthy. Initially, he kind of gave me the creeps, but I eventually warmed up to him just like he warmed up to Tella.

I am so excited to see what the next book holds for all of these characters.This book will be getting a full five stars and I cannot wait to read the next book in this series.
Posted by Alexia Boesen at 8:00 AM