Cover Reveal: As You Turn Away by Molli Moran 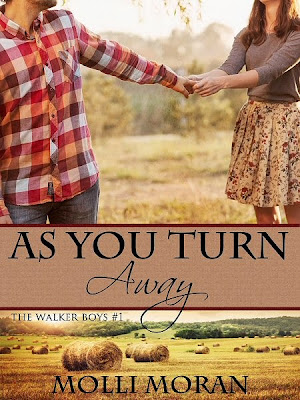 Title: AS YOU TURN AWAY (The Walker Boys #1)
Tentative release date: March 1, 2014
Genre: New Adult
Book Link: Goodreads
Cover Designer: Marie Landry
Synopsis:
When Quinnlan Reynolds left home at 18, she escaped her small, Georgia town and her suffocating upbringing. She started a new life as a ballerina, and tasted freedom for the first time. But four years later, her first visit home turns tragic. Reeling, Quinn tries to piece her life back together again. But doing so is easier said than done when sexy Jonah Walker saunters back into her life.

Quinn shattered Jonah’s heart once, so getting involved with her isn’t something he’s sure he’s ready to do again. He became someone he didn’t recognize when he left home. He’s spent the last years burying his pain by keeping everyone in his life at arm’s length. Now he needs to get to know his family again, and finally become who he wants to be.

But neither Quinn or Jonah can stay away from each other, especially when old feelings resurface. Something is pulling them back together, and they can’t deny their chemistry for long. One Georgia summer could change both their lives forever, if they can work through their past to have a future together.


Excerpt #3: Flashback | Dance With Me
“Dance with me.” He cupped her waist, which wasn’t exactly where his hand belonged, but they were alone, and he’d do what he pleased. Between school, and working the farm, not to mention Quinn’s family, they barely got any time together. But what time they did spend together meant more to Jonah than he knew how to say.

“Always.” Quinn stumbled on the next step, but recovered. She stared at her feet, watching as he led.

“1-2-3, 1-2-3,” he counted. He could feel the smile tickling his lips as they found a rhythm. Quinn was adorable when she concentrated, and even more so when she wanted to get something right.

“Well, you suck at ballet but you’re pretty good at waltzing. Someday you’ll have to tell me how you learned.” Quinn squeezed his hand. “And you’re not half bad at being a boyfriend.”

Jonah couldn’t hold back the grin any longer. “Boyfriend, huh? Is that what I am? That would make you my…girlfriend.”

She was flushed, and flustered, and completely adorable. Jonah pulled Quinn into his arms, and kissed her lips. She melted against him, and he smiled against her mouth. The response was as automatic as the sun washing away the moonlight - it was something he simply knew would happen. Anytime he kissed her, happiness overtook him.

“Yeah.” He kissed her forehead, lips lingering. “I want to be.” 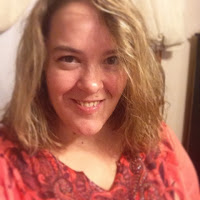 Molli is a Southern writer who doesn't consider her day complete if she hasn't written. She loves coffee and talking fast, things she attributes to being raised by Gilmore Girls. She's a romantic at heart, and brings that to her books. When not reading or blogging, she can be found obsessing over Doctor Who, cuddling her various pets, or spending time with friends, family, or her girlfriend.

Giveaway:
a Rafflecopter giveaway
Posted by Alexia Boesen at 8:00 AM