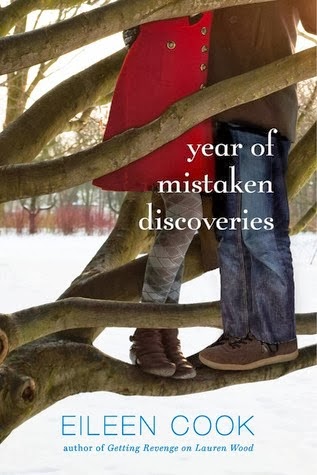 Synopsis from Goodreads:
Friendship is a bond stronger than secrets in this novel from the author of The Almost Truth and Unraveling Isobel.As first graders, Avery and Nora bonded over a special trait they shared, they were both adopted.Years later, Avery is smart, popular, and on the cheerleading squad, while Nora spends her time on the fringes of school society, wearing black, reading esoteric poetry, and listening to obscure music. They never interact...until the night Nora approaches Avery at a party, saying it's urgent. She tells Avery that she thought she found her birth mom, but it turned out to be a cruel lie. Avery feels for Nora, but returns to her friends at the party.Then Avery learns that Nora overdosed on pills. Left to cope with Nora's loss and questioning her own actions, Avery decides to honor her friend by launching a search for her own birth mother. Aided by Brody, a friend of Nora's who is also looking for a way to respect Nora's legacy, Avery embarks on an emotional quest. But what she's really seeking might go far deeper than just genetics.

Disclaimer: I received this e-ARC from Simon Pulse via Edelweiss in exchange for my honest review.

Review:
This book tackles a lot of tough subjects and it does it pretty well. Not amazing, but pretty well.As small children, Avery and Nora bonded over the fact that they were adopted.Knowing that they knew they were adopted was great to see. So many parents often don't tell their kids that they are adopted and I still don't understand that. It's like the parents are terrified that their child will reject them in favor of their birth parents.

From the beginning, it is clear that Nora has a desire to find her birth mom whereas Avery does not. Obviously she knows she's adopted, but it doesn't intrigue her like it does Nora. Actually I cannot even say intrigue as much as obsess. Nora becomes obsessed with finding her birth mom and when she is cruelly scammed, Nora descends into a self destructive phase that leads her to suicide.

BRODY! Oh my God, Brody was adorable and sweet and kind and... ugh, just EVERYTHING.He was a great friend to Nora and when she passed away, he was grief stricken. Yet he agreed to help Avery with her project.Avery claimed that she only wanted to find her birth mother in memory of Nora, but what she didn't tell Brody, was that she was hoping a project of this magnitude would convince the people at Duke, that she deserved to be a student there.

Avery and Brody start off as friends which I loved. There was no cringe-inducing insta-love, nor cutesy nicknames.It just worked.It was a normal basically drama-free relationship.

The end of the book just crushed me. I cried so much at the end of it. Mostly for Avery. She just wanted acceptance from her adoptive parents. Acceptance that even if she didn't get into Duke, she was still "good enough" Acceptance from her birth mother that she wasn't ashamed of Avery.

I felt that the ending was unfinished. I felt like more could have been explored when it came to Avery and her birth mom. I felt like the author dropped the ball on this one. It left us wondering what happened next. I get that sometimes an ending needs to be open ended but not this time. Not with how important this story-line was.

Because of the ending feeling so unfinished, I'll be giving this book 4 stars. It was a truly great read but I just wish that the ending hadn't felt so unfinished.
Posted by Alexia Boesen at 8:00 AM