Review: Diamonds in the Rough (The Secret Diamond Sisters #2) by Michelle Madow 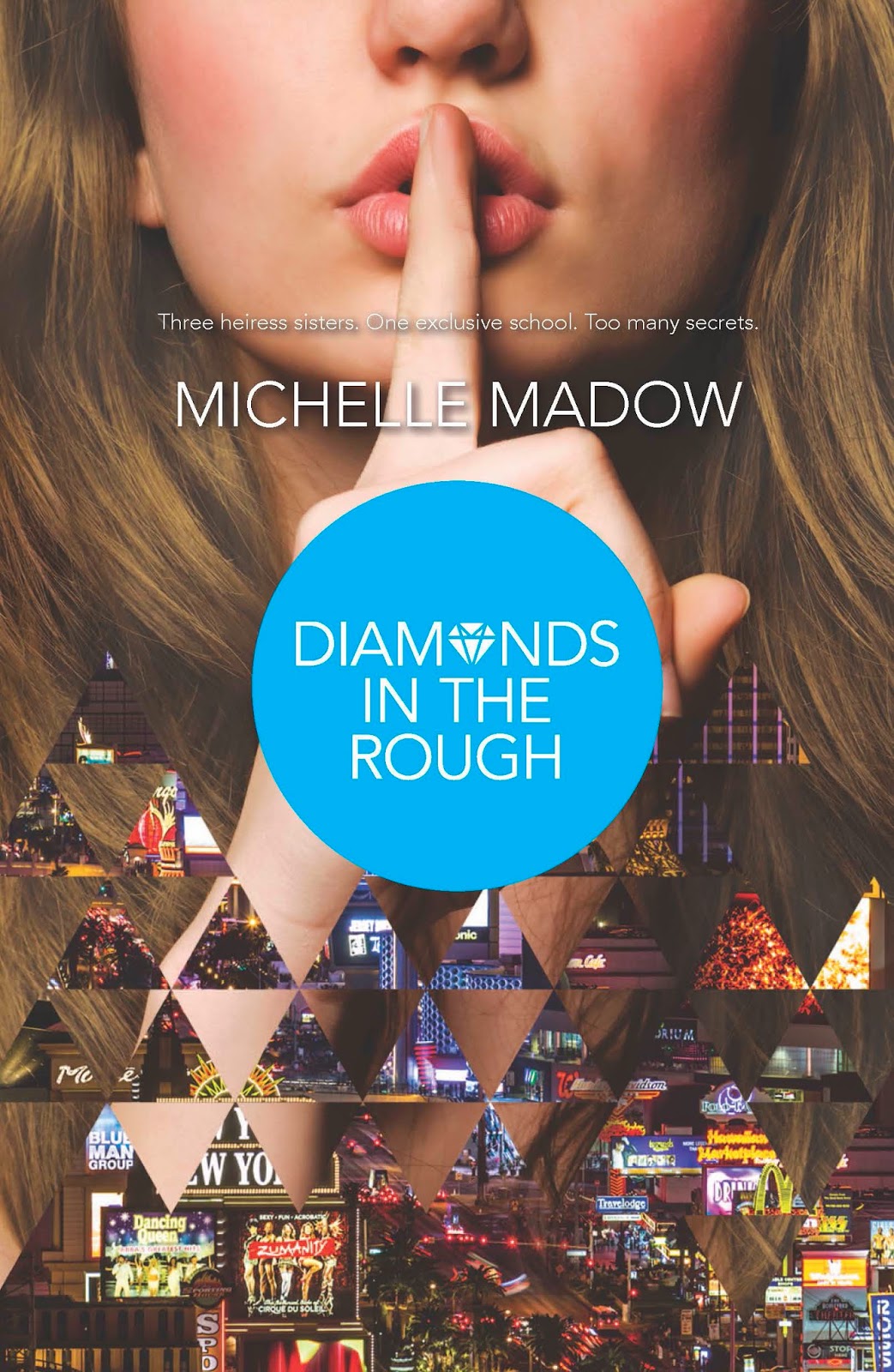 Synopsis from Goodreads:
All-access doesn't mean no problems.The three Diamond sisters survived the summer in style after coming to live with their long-lost billionaire father. But making a place for themselves at their exclusive new Las Vegas private school is throwing them any number of gold-plated curves. Savannah's YouTube stardom turns into a Sweet Sixteen reality show extravaganza—with complimentary enemies on the side. Dangerous flirtations don't keep Peyton from a gamble that will risk far more than she planned to bet. And when Courtney and the sisters' archenemy, Madison, uncover two explosive secrets, it will rock even this town of glittering illusion—and turn their lives upside down all over again.Sisterhood, first crushes, and scandalous secrets explode in book two of Michelle Madow's riveting series, The Secret Diamond Sisters.

I wasn't a huge fan of Book One, so I was nervous about continuing the series. I didn't want to be disappointed, but thankfully I wasn't. Diamonds in the Rough is a significant improvement over The Secret Diamond Sisters in many ways, so I was very excited about that.

It was no longer a problem for me to keep all the POVs straight. Each girl had their own distinct voice, and there was so much more character development for all three of them which really made me happy. There seemed to be a concentrated effort on Madow's part to explore each of the sisters individuality in this second book, and I think that really helped out a lot.

I am very character minded and if the characters are well developed, then I'll definitely enjoy the book more. Character development was fairly weak in The Secret Diamond Sisters, but thankfully that issue did not carry over into Book Two.

I got answers to so many of my questions from book one, and the two explosive secrets were revealed. One of them I had guessed before I started the book and the other one came as a complete shock to me and left me in tears. That was another thing that the first book didn't have. It didn't have any truly feels-y moments so I was grateful for the feels-y moments in Diamonds in the Rough.

I really want to talk about two supporting characters from The Secret Diamond Sisters, who really became main characters in Diamonds in the Rough:

Adrian for starts, I was dying to know more about him after the first book, and while I did get to know a whole lot more about him in Diamonds in the Rough, I still feel like there's something else we don't know about him yet. I really hope the third and final book of this series will give me the answers I'm looking for about him.

Madison, I really did not like her at all in the first book, but man did I warm up to her significantly in the second book. She seemed much nicer and less bitchy overall and I responded well to that and she quickly became one of my favorite characters. She goes through an emotional roller coaster in this book, but I was happy to see that she was a different person and she was a different person due to the secret she had found out. I actually started to like the idea of her and Oliver together despite the fact that Oliver is a bit of a tool.

As for Courtney, Savannah & Peyton, they too go on a crazy ride full of ups and downs throughout this entire book. Courtney in particular struggles with certain things she learns in the course of this book. Savannah and Peyton willingly stand by her as she struggles to figure out how she should handle certain things.

This book was much better than the first book. I am giving it four stars and I am so excited to see where things go from here. I think Madow could take it in a lot of different directions, but I don't know what's going to happen. I am now eagerly awaiting book 3, Diamonds are Forever.
Posted by Alexia Boesen at 8:00 AM